The Pros and Cons of Electric Cars and Fuel Cell Cars

Electric cars are somewhat of a buzz word in the auto industry. Many believe that the electric car is the car of the near future, as oil continues to become more scarce and expensive. Those looking a little further ahead picture hydrogen fuel cell cars as the real future of the automobile. While the two technologies are very different, they serve a common purpose: reducing dependence on oil for powering automobiles. Let’s take a look at some of the pros and cons of these types of vehicles compared to the gasoline-powered car.

The Benefits of the Electric Car

One of the biggest pros of the new batch of electric cars is their design. With a half dozen moveable parts or less in the engine, they are extremely low maintenance vehicles. Compare that to the hundreds of moveable parts in the internal combustion engine, and we realize that there is very little to break or fail on electric cars. This leads to very low maintenance costs, which offset one of the biggest cons of an electric car: the high purchase price with comparable gasoline engines.

Electric cars in 2013 no longer suffer from the stigmatism of boring hatchbacks with terrible performance. Cars like the Tesla Model S and Fisker Karma have great styling and super-car levels of acceleration, handling, and speed. All electric cars are also considered altruistic in many circles, because of the reduced greenhouse gas levels they produce, making the electric car a big pro for the environment.

Some Considerable Drawbacks to Purchasing All Electric Vehicles

The other main cons of the electric car are all tied to the battery. Extremely expensive to replace, the battery, no matter how long-lasting, is currently a five figure replacement cost for most electric vehicles. Increases in quantity and technology are expected to lower these costs significantly however, and, even with a high replacement cost, the cost is still much cheaper in the long run than internal combustion cars. The battery, though improved, still offers limited range, usually 300 miles. While this is fine for those who spend most of their time running errands, the electric car is not a practical road trip or weekend warrior car. Lastly, the lack of infrastructure, like charging stations, means that to recharge your car, you are probably going to have to head home, for now. This is expected to change, however, as more consumers buy electric cars.

A Future in Fuel Cell Cars?

Even with the electric car’s benefits, the real savior of the automobile may be the fuel cell car. Using oxygen and hydrogen from the atmosphere around it, and producing only water as waste, the fuel cell car is a dream for many. For now, technology ceilings and cost are the main detractors to the fuel cell vehicle, though they do work in theory and practice. Most estimates say they won’t be commercially viable until 2050, though there are select vehicles currently using the technology, like some city buses in San Francisco. Limited runs of Hyundai and Honda fuel cell-powered vehicles are scheduled to be released in 2015. 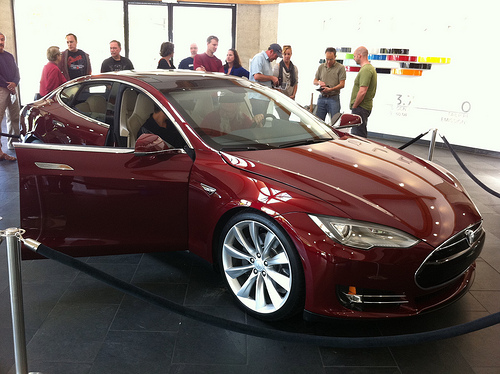