People in the United States are holding on to their cars longer than ever before. According to automotive industry research firm Polk, the average age of cars on US roads is 11.4 years, the oldest ever since the company stared tracking vehicle age in 1995. The latest numbers are up slightly from the 11.2 years that Polk reported last year, and a long way off from the average age of 9.7 years ten years ago. Meanwhile, the average age of trucks in 2013 was 11.3 years compared to 11.1 years in 2012. Polk counted a total of 247 million registered cars and trucks in the United States in 2013, compared to a total of 250 million in 2008.

The recent recession appears to be one reason why so many Americans are driving older cars these days. According to Polk, many people have become wary about buying a new vehicle in an uncertain economy and are instead choosing to drive an old car for as long as they can. Even though new car sales have begun picking up steadily over the past year, Polk predicts that there will be a lot more people driving used cars than new ones for the next several years.

Interestingly, while the number of cars and trucks aged between six and 11 years old has decreased in the last one year, the number of vehicles on American roads that are over 12 years old has actually increased. In 2013, Americans are expected to purchase about 16 million new cars and trucks, or about the same number they used to purchase each year before the recession. If that trend continues over the next few years, the average age of U.S. cars could again start coming down.

Another reason why an increasing number of people prefer driving an older car is quality. Modern automobiles are of substantially better quality than vehicles from previous generations, according to Polk. They tend not to rust out as much as cars from two or three decades ago, and their engines are designed to last a lot longer as well. The quality improvements appear to have boosted overall consumer confidence in older vehicles, and caused many to hold on to their aging jalopies rather than go in for a new vehicle. Even when people want to switch cars, many are trading in their old cars for second hand cars rather than new vehicles.

The growing penchant for driving an old car presents a lucrative opportunity for those in the automobile aftermarket industry, according to Polk. Independent automobile repair shops and chain stores will likely see a huge surge in business over the next few years as Americans try to keep their aging automobiles on the road for as long as they can. 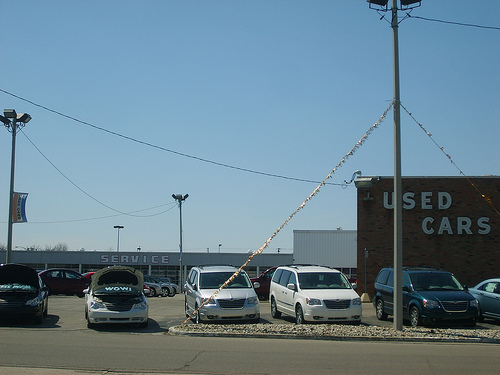