Safety advocates and two parents who accidentally backed over their children want the U.S. Court of Appeals for the Second Circuit to issue a writ forcing the Department of Transportation (DOT) to implement a vehicle safety law that was passed years ago.

The statute is called the Cameron Gulbransen Kids Transportation Safety Act in memory of one of the victims. Former President George W. Bush passed the law back in 2008. It requires the DOT to pass a rule that would make a rearview camera system mandatory for all new vehicles. The law originally gave the DOT until the end of 2011 to issue the rule. However, the Transportation Department has repeatedly kept pushing back the deadline on one pretext or another.

In June 2013, the agency once again pushed back the deadline for issuing the rule to June 2015. In announcing the delay, the agency claimed that it needed more time to thoroughly study the implications of requiring a rearview mirror camera on all new vehicles. The lawsuit filed with the appellate court in September wants the court to issue a writ that would force the DOT to issue the rule in 90 days instead.

The two parents in the lawsuit both accidentally struck their children when backing up their vehicles. One of the children died as a result of the accident, while the other sustained severe injuries. Following the accidents, both parents, along with consumer advocacy groups such as the Consumers Union of the United States, Public Citizen and Advocates for Highway and Auto Safety, lobbied Congress for a bill that would mandate backup cameras for cars and other vehicles.

The issue is an important one for consumers. According to the DOT, about 95 to 112 deaths and between 7,072 and 8,374 injuries occur each year as a result of backup accidents. Safety groups and consumer advocates claim that the actual number of victims is much higher. According to groups like Consumer Union, more than 200 people are killed each year ,and about 18,000 people are injured in vehicle backup accidents.

A vast majority of the victims are young children who are often so small that drivers cannot see them when backing up their vehicles. About 45 percent of the fatalities are children under the age of 5. Safety advocates maintain that the three mirrors that are present in most modern vehicles do not provide enough visibility when the vehicle is being reversed. They have argued that a wireless backup camera is vital for ensuring that there are no blind spots to the rear of a vehicle.

By the DOT’s own estimates as many as 280 people may have been killed in backup accidents and thousands of others injured since the law was first passed in 2008. If current statistics are an indication, another 120 to 140 people will needlessly die in such accidents by the time the DOT issues the final rule in 2015. Consumer advocates have called the delays needless and unacceptable. They have argued that back-up cameras for cars can easily mitigate the risk of backup accidents.

In their motion with the appeals court, the plaintiffs have argued that the DOT has had ample time to study the implications of the law. They have accused the agency of deliberately dragging its feet on the issue and want the court to force it to comply with the law. 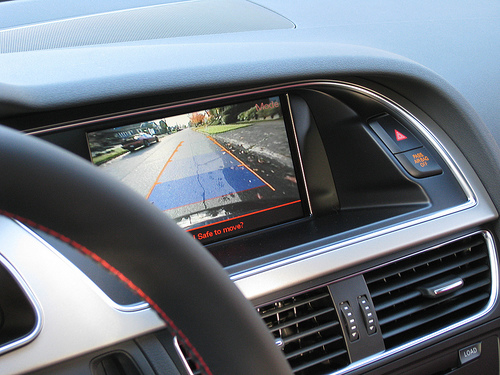