Aluminum Sheet Use in Car Bodies

Steel has been the metal of choice for automobiles since their inception. It isn’t hard to see why: steel was plentiful, cheap, and the added weight that caused fuel efficiency to drop didn’t matter either, considering how cheap oil was. Well, though steel can still be had in droves, oil’s price has risen precipitously in the past few decades, and new fuel efficiency standards are driving automobile manufacturers to seek new ways to meet federal regulations. One of the easiest ways to increase fuel efficiency is to drop weight, and that’s where aluminum comes in. Much lighter than steel but just as strong, putting aluminum in cars is a hot idea thats recently gaining widespread traction around the industry. Let’s take a look at some of the benefits and drawbacks of aluminum sheet cars, and where and when we can expect to see them in the coming years.

A Material Once Reserved for Elite Cars

Aluminum is not a new metal to the car industry; it’s long been used in certain situations to reduce weight, whether that’s inside the labyrinth that is the transmission, or in racing applications where aluminum body cars give a huge weight reduction over their steel counterparts, providing a much-needed boost to speed. Audi has been making cars with aluminum frames for nearly 20 years, despite the price, and the flagship A8 could even be called the first ‘aluminum car,’ as it’s almost totally substituted steel for aluminium parts and body. What’s different today is the move to mass-marketed cars getting aluminum upgrades. No longer the realm of the supercar or luxury vehicle, aluminum uses in everyday cars like ho-hum four door sedans like the Accord or Camry is expected to rise greatly in the next decade. The primary driver of this growth is the new federal fuel efficiency standards, which dictate that each auto manufacturer’s overall fleet of vehicles must average 54.5 miles per gallon by 2025. This is not an insignificant increase, and is requiring bold and innovative solutions by automakers to raise their overall fuel efficiency performance.

Though the weight benefits are obvious, exemplified by Land Rover’s new all-aluminum Range Rover being 40% lighter than its steel cousin, aluminum boasts other advantages unrelated to its weight-saving properties. For instance, it performs favorably compared to steel in crash-tests, as the aluminum rails of the frame fold up into an accordion shape upon impact, which is the exact shape you want to see in an accident, as it points to effective absorption of the shock and force that accompanies an accident. Aluminum also boasts a longer active lifespan than its steel counterparts, as it is not subject to rust like steel is. Aluminum can also be infinitely recycled over and over, which the industry touts as a green benefit to the technology in addition to its fuel and safety triumphs. Cost, the real barrier to aluminum’s widespread adoption in the car industry, is slowly relenting. As demand for aluminum has increased, so has supply and competition. In addition, substituting more expensive aluminum allows manufacturers to save in other areas, such as brakes, which don’t need to be as large with lighter vehicles.

Aluminum is facing intense pressure from other materials to become the dominant material in cars, however. Carbon fiber, long a niche product in racing circles, is starting to see more widespread uses in certain applications, and offers weight reduction at less cost than aluminum. Even steel itself is fighting back: new steel alloys are offering higher-density, stronger, and lighter options than the old steel of the past, and this comes at the benefit of being significantly cheaper than aluminium. Even if the new steel is not quite as efficient at reducing weight, it could still see widespread adoption if its weight-loss ratio is much higher than that of aluminum, as the cost savings could be used in other areas.

So, aluminum may not be the only metal in the car of the future, but it is sure to be one of them. Ultimately, most manufacturers will probably take a middle road, incorporating aluminum, carbon fiber, and ‘new’ steel into their vehicles. As all three have their own benefits and drawbacks, using them together in tandem may make for the most fuel-efficient, safest car yet. 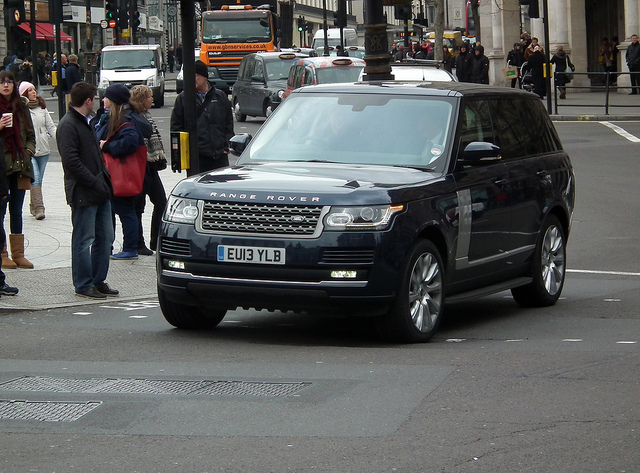