When you pull up to the pump, grimacing as you look at the sign at the station advertising $4.00 a gallon, you might think, Why are gas prices rising? It’s a common question that everyone has asked as they’ve pulled into the gas station. With 2012 gas prices being as volatile as any in recent year, it’s important to understand the global market and economic principles to get a real feel for why the price of gasoline seems to be going up, up, up and away.

The answer to gas prices is a global one with many different factors influencing the amount of money you pay out at the pump. At the base of the gas prices, like any product, is supply and demand. As a commodity, oil is traded throughout the world at a set price; that is, at any one moment in time it costs the same amount of money to buy a barrel of oil, whether that be in the United States or France. The price of that oil does change every day, however, subject to the global demands of the market, and the supply available for consumers.

The rising demand is the main factor in the increase in pump prices. Though United States demand has leveled off in the last decade, the emerging economies of India and China have dramatically increased demand in the past 10 years. Global demand for oil has risen 30% in the last fifteen years, while supply has largely leveled in that same timeframe. Most forecasts predict global demand to raise another 30% by 2030, creating a long-term supply problem. Heads of major oil companies have noted that new oil is going to be much more expensive to find and retrieve, threatening to make the days of cheap oil going the way of the Dodo bird.

The other main factors influencing prices are refining capacity and production. Refining crude oil into gasoline is very expensive. Most of the money you pay in gas prices in 2012 at the pump goes to refining and taxes, and though oil companies post large profits in absolute dollars, they actually lag behind many industries in profitability. According to the S&P, oil companies made 7.5 cents on a dollar of sales, comparing unfavorably to clothing companies at 8.1 cents, or pharmaceutical companies at 22.5 cents. Refining capacity and production affect supply, and, with refineries aging and becoming less efficient, any breakdown or interruption to the refineries decreases supply, and subsequently increases the price. With few new refineries being planned or built, expect increasing supply problems due to this issue in the future.

With gas prices rising in 2012, knowledge of how the oil industry works is an issue that the consumer needs to understand. Armed with these facts, you can see that the best plan for combating rising gas prices is attempting to use less gasoline, as the long term projection for gas prices is that they are going to continue to rise. To help conserve gas, you might want to consider getting auto transport quotes instead of driving across the country when moving. 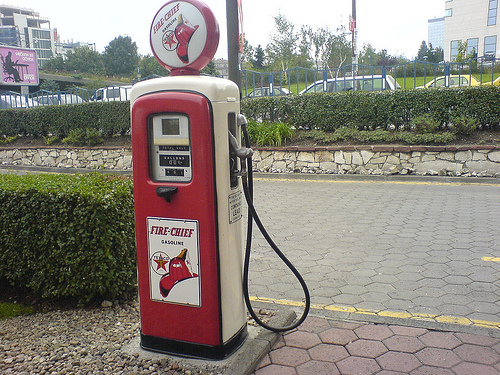